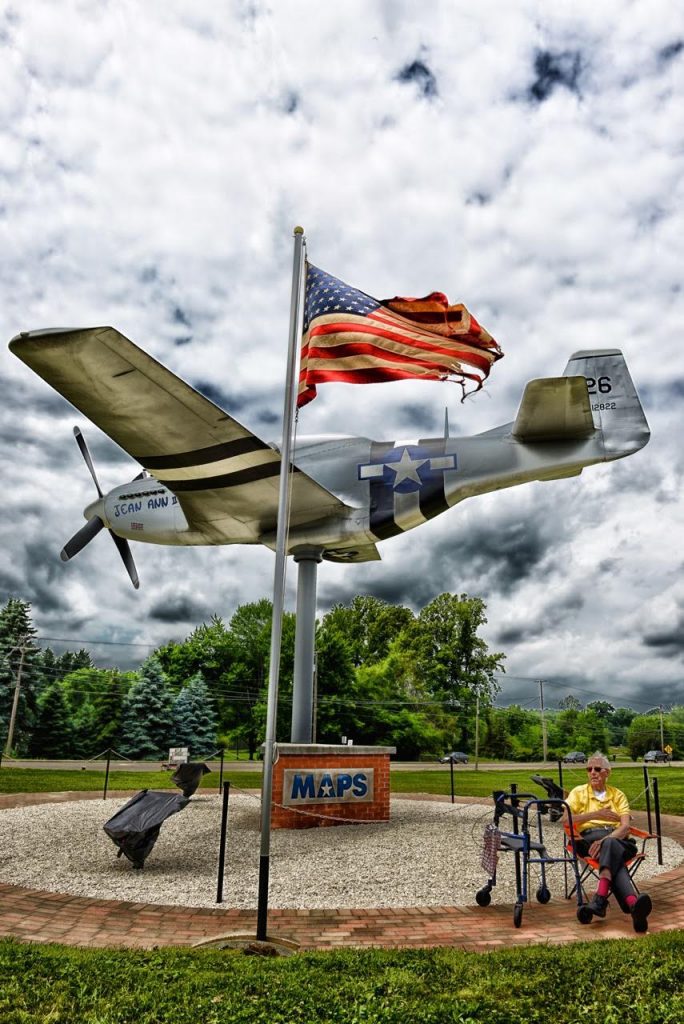 The MAPS (Military Aviation Preservation Society) Air Museum is a highlight for visitors to North Canton, Ohio. It is an internationally known aviation museum and serves as a center of aviation history in Northeast Ohio. Over 55 types of aircraft are on display at the MAPS Air Museum, including the unique 1908 Martin Glider and the highly advanced F-16 Fighting Falcon. It also features over 130 exhibits displaying historical artifacts and interactive exhibits.

The museum was founded in 1990 in cooperation with warbird collector David Tallichet and his Military Aircraft Restoration Corporation. It opened to the public in 1995 and was housed on the west side of the National Guard Maintenance Building airport. The museum moved to the former Chautauqua Airlines hangar near its previous location in 2001.

A newly renovated second floor of the hangar, including a banquet hall, a conference room, and a full-size commercial kitchen, was opened in 2020.

As you approach the museum entrance, visitors will be greeted by a tower holding an aircraft on top of it at the end of the entryway. This monument is dedicated to Lt. Robert E. Withee, a former World War II pilot.

Upon entering the door to the main hangar, visitors will feel completely lost in time as they get surrounded by history. The aircraft types that tourists are about to experience include almost the entire spectrum of aviation history.

A vintage glider designed, built, and flown by a local farmer not too long after the Wright Brothers invented the first airplane is displayed inside the museum. Aircraft used during the second world war and modern electronic warfare aircraft can also be seen and touched here.

In addition, visitors can experience sitting inside an aircraft similar to the one that brought American troops on Normandy and D’ Day or sitting in the gondola of a Goodyear plane. Guests are also permitted to explore a Vietnam air helicopter's cockpit and control panels. Moreover, they can experience walking through a representation of an army field hospital.

Inside the museum display rooms, visitors can see exhibits honoring local men and women who participated in the historical battles as well as those who worked behind the scenes. There are also video presentations about the untold stories of the war veterans themselves.

Plenty of historical artifacts are displayed throughout the museum, which history lovers will absolutely take pleasure from. Parts of newspapers from the past are also put on view for reading through the significant events from the past that are still impacting the present. A remnant of the USS Arizona is also exhibited inside the museum; this ship is the second and last ship of the Pennsylvania class of battleships built for the United States Navy in the so-called "super-dreadnought" class. At present, the warship has been resting under the waters of Pearl Harbor since December 7th, 1941.

Tour guides are available to help you browse the museum, or you can tour yourself through it independently. The museum also hosts group events, trade shows, birthday parties, corporate events, weddings and wedding receptions, and other functions. To schedule an event, or ask any questions, visit their website at https://mapsairmuseum.org/.

How to get there

Head southwest on International Pkwy and continue on OH-241 S.

Turn right to merge onto I-77 S toward Canton and take exit 109 for Everhard Rd toward Whipple Ave.

Turn right onto Munson St NW and left onto Executive Cir NW where the destination is on the left.

The MAPS Air Museum is a fascinating stop for those interested in aviation and history. With so many different types of aircraft on display and interactive exhibits, it is sure to engage and educate visitors of all ages. If you are ever in the North Canton area, don't forget to visit the MAPS Air Museum.